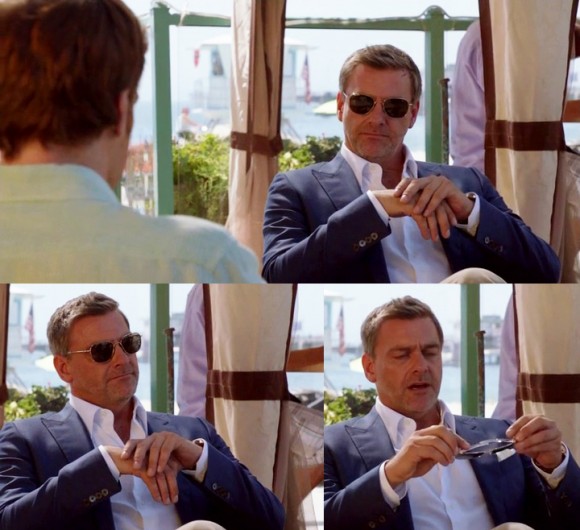 I have a feeling, you’re a different kind of animal; question is…what kind are you?

Isaac Sirko has to be the most stylish villain that Dexter has ever faced. From his body language to his eloquent Bane-like style of speech, Mr. Sirko presents himself as a true gentleman – despite being an ice cold murderer.

The above is a screen-cap from Dexter Season 7. Isaac Sirko, played by Ray Stevenson, is having a threatening chat with Dexter about the future of his fate. His whole outfit is very sleek, including the sunglasses. They are American Optical Original Pilot’s. The pair will run you $60-105 USD, very reasonable. Available here.