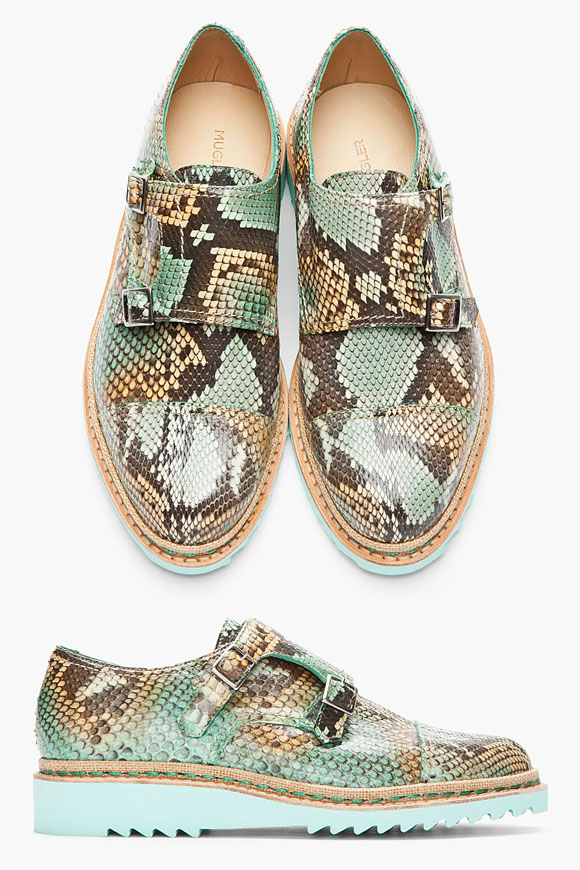 The Year of the Snake inspires Thierry Mugler to broaden the men’s footwear line with the Mint Python double monks.

The French designer is blessing us with another pair of shoes for men. The rare occurrence delivers a wild mint green python cap toe double monk shoe. If that isn’t wild enough, Thierry Mugler has added a shark/ripple sole in contrast white.

From a technical standpoint, this shoe is a masterpiece. With that being said, the snake skin will turn most people off. But then again, you have to consider that this is a Thierry Mugler creation. Most of his footwear is catered to women and whenever a male piece of footwear comes along, you can rest assured it’ll be over the top – these are no exception. Made in France.

Our Thoughts on the Python Double Monks by Thierry Mugler:

Would you wear these on a night out?