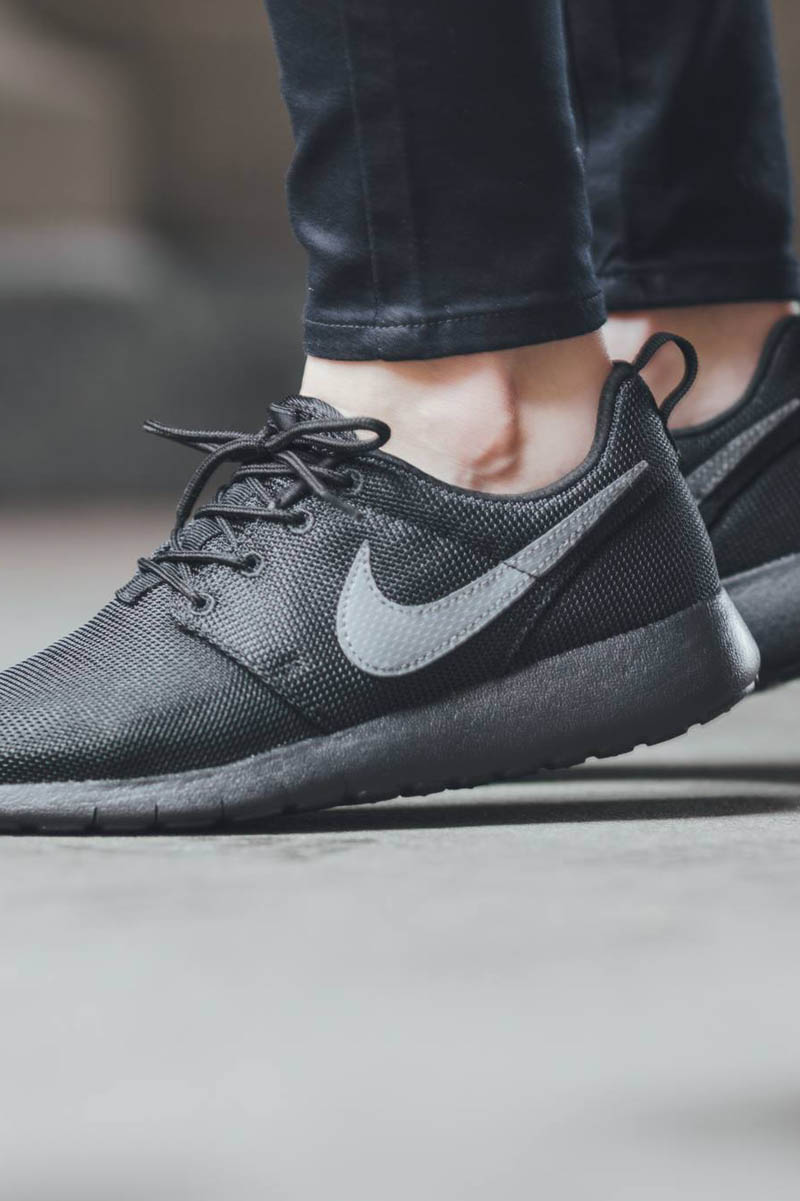 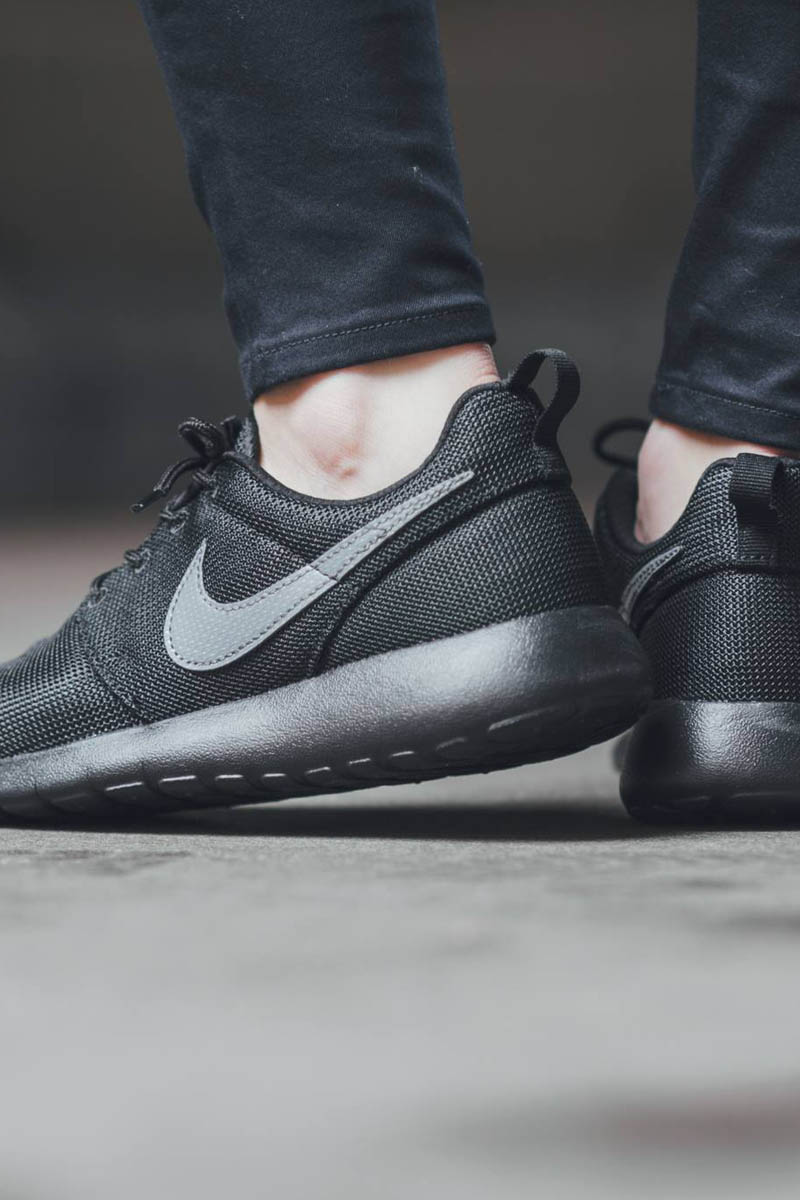 Unlike anything we’ve ever seen before, the NIKE RosheONE gets one helluva makeover…but not really. One can argue that NIKE isn’t changing anything and all they’re doing is pumping out minor colorway variations, but it’s hard to hard to argue against a silhouette that’s as handsome as this one.

The NIKE RosheONE Cool Grey sports sleek all black uppers that sit on an all-black sole. The black laces blend marvellously with the all black textile tongue and liner. Even the heel tab is black…so why is it called ‘Cool Grey’, you ask? Because of the cool grey swoosh on the side.