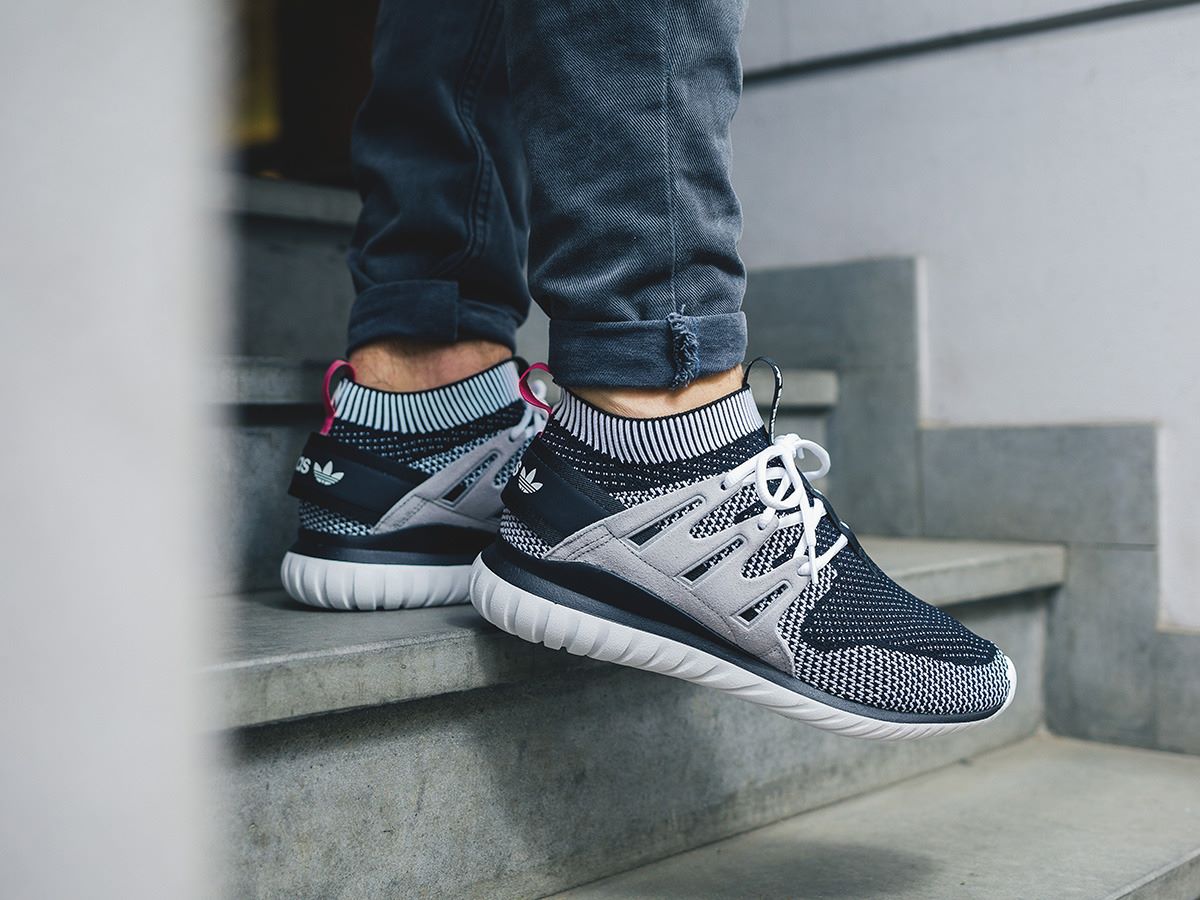 The ADIDAS Tubular Nova PK (Primeknit) coming in a white, black and pink colorway – the first PK Nova from the ADIDAS line. The upper has been replaced by a Primeknit sock, which differs greatly from the previous leather and mesh version. This new version not only looks cooler but is more comfortable as the PK sock contours to your foot. The side panel still features the same lacing-system as before and this suede panel really goes well with the oreo PK uppers. On the back we have a black heel band with the ADIDAS branding – and a pop of pink on the pull tab. The midsole features a new-and-improved Tubular Doom technology, in white. The TD sole looks more a lot nicer and as some have stated, it reminds them of the Yeezy sole. The shoe is finished off with white circular laces. Damn nice!

Buy it at adidasUS | Caliroots