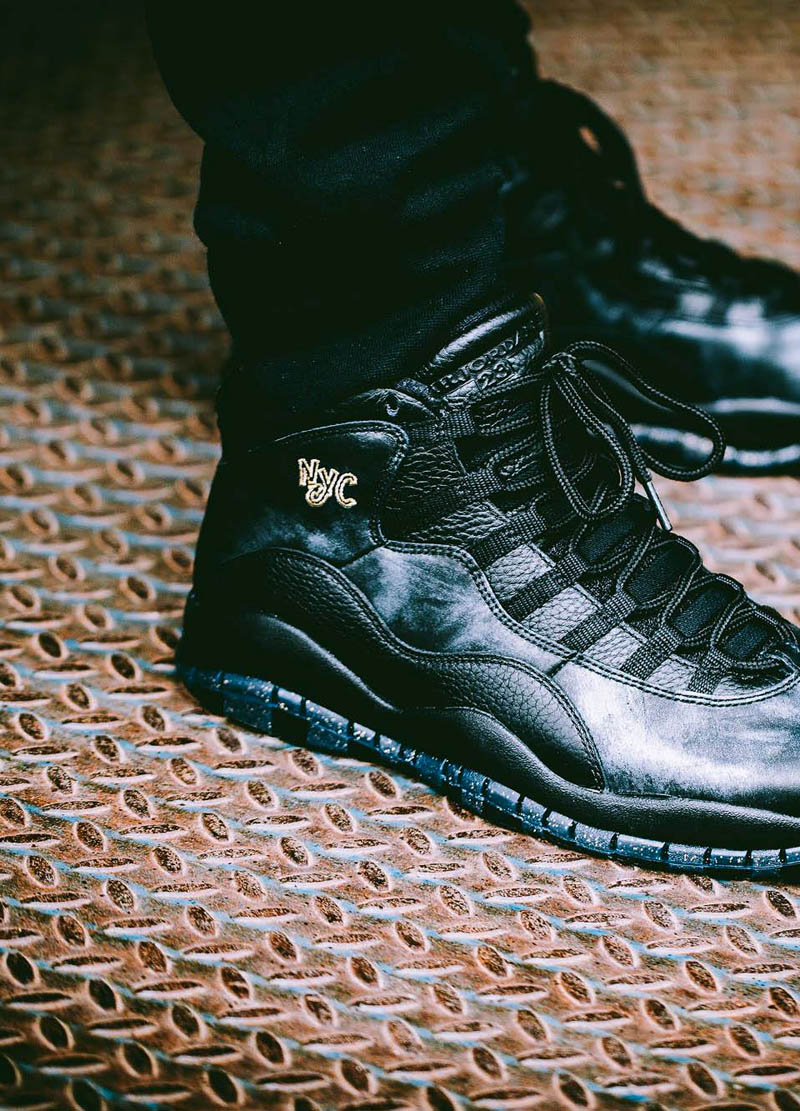 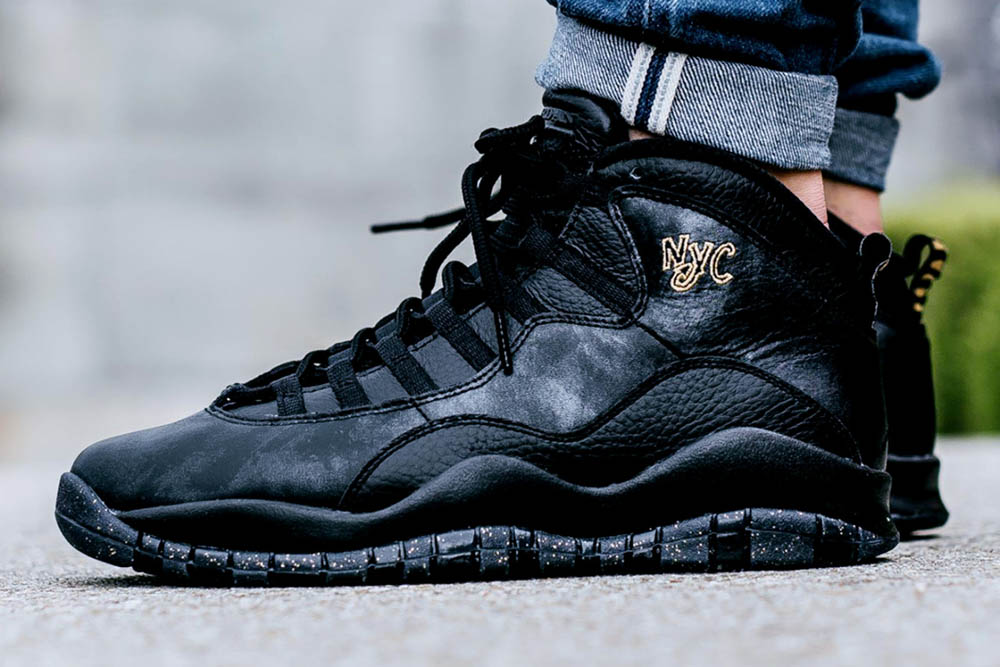 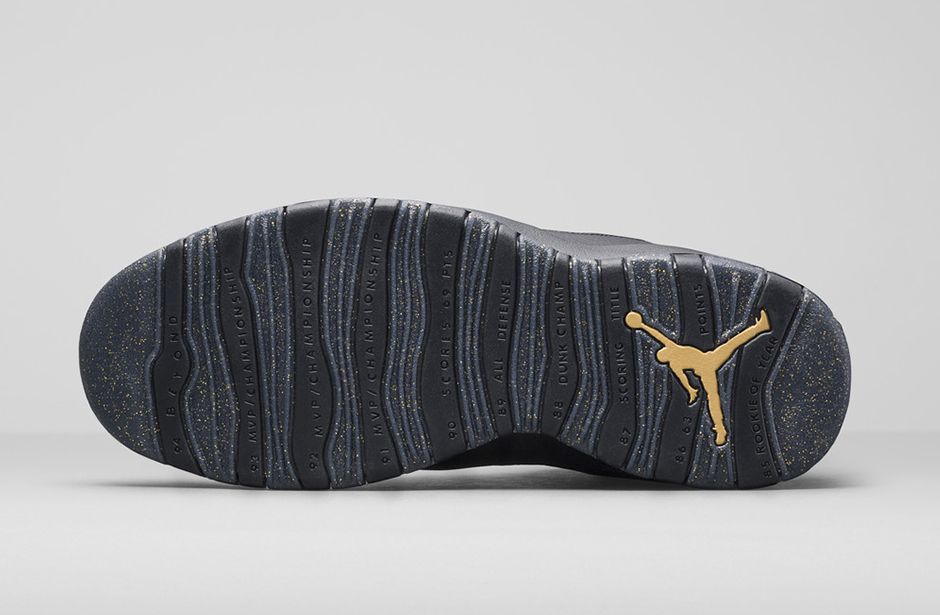 The NIKE City Series releases – officially on the 30th – the Air Jordan 10 NYC (aka Black & Gold) colorway. The cool thing about this sneaker is that, despite not being the official Jordan 10 colorway, it kind of reminds us of the OVO 10s, which were simply amazing.

For those of you unfamiliar with the City Series, we’ll bring you up to speed. Back in the 90s the NIKE decided to introduce various colorways of the Jordan 10, where each colorway would represent a city. The NYC colorway consisted of Black and Gold, reminding us that New York is a city that never sleeps. They’ve decided to bring back the original series along with a few new additional cities added.

The outsole features speckled gold throughout, it almost appears like gold dust, along with a fully gold Jumpman logo. Layered throughout the icy black speckled outsole is a list of Michael Jordan’s accomplishments – a feature common on the Jordan 10s – embossed on black rubber. This is a very unique dual-rubber sole and quite different from the OVO version.

The uppers feature black tumble leather along with smooth black leather that has some sort of metallic-like shine on it. The Black & Gold colorway is the official NYC colorway, which NIKE has fortunately brought back. The shoes are finished off with a gold hit on the zebra print heel tab and sewn-on Jumpan heel logo, in black. The premium looking shoe officially drops this Saturday!