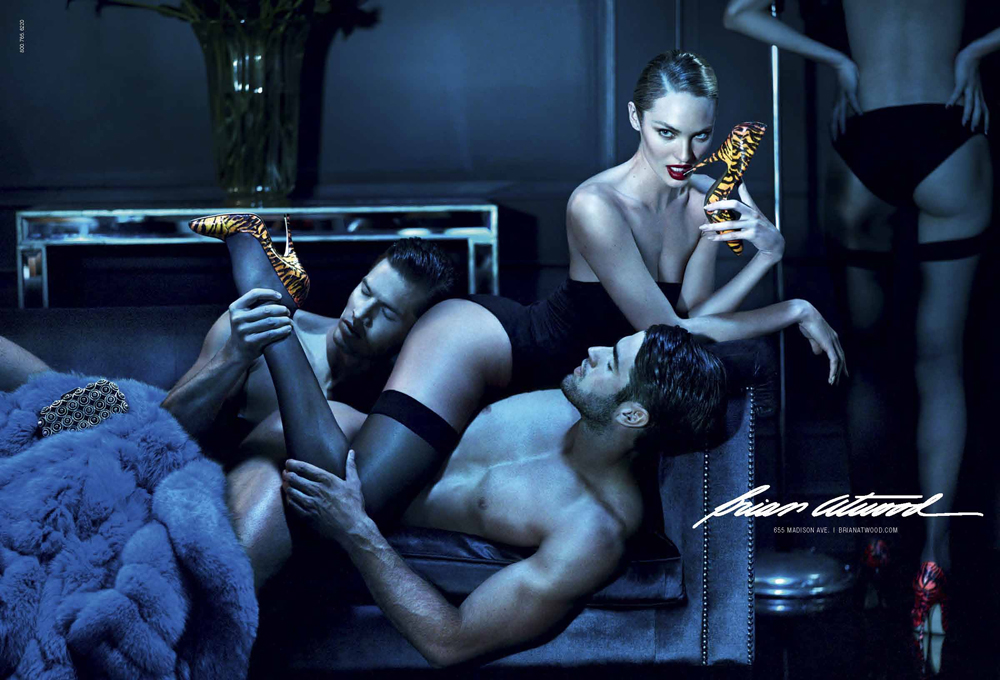 A less lascivious version of the ad was later OK’d by the building at 655 Madison Ave., and taxis will screen a behind-the-scenes teaser of the film, which will be shown at BrianAtwood.com.

Something like this shocks the viewers and will surely popularize the Brian Atwood name more so than before – since there’s nothing more alluring than the word ‘banned’. Take a look at the ad below and judge for yourself.