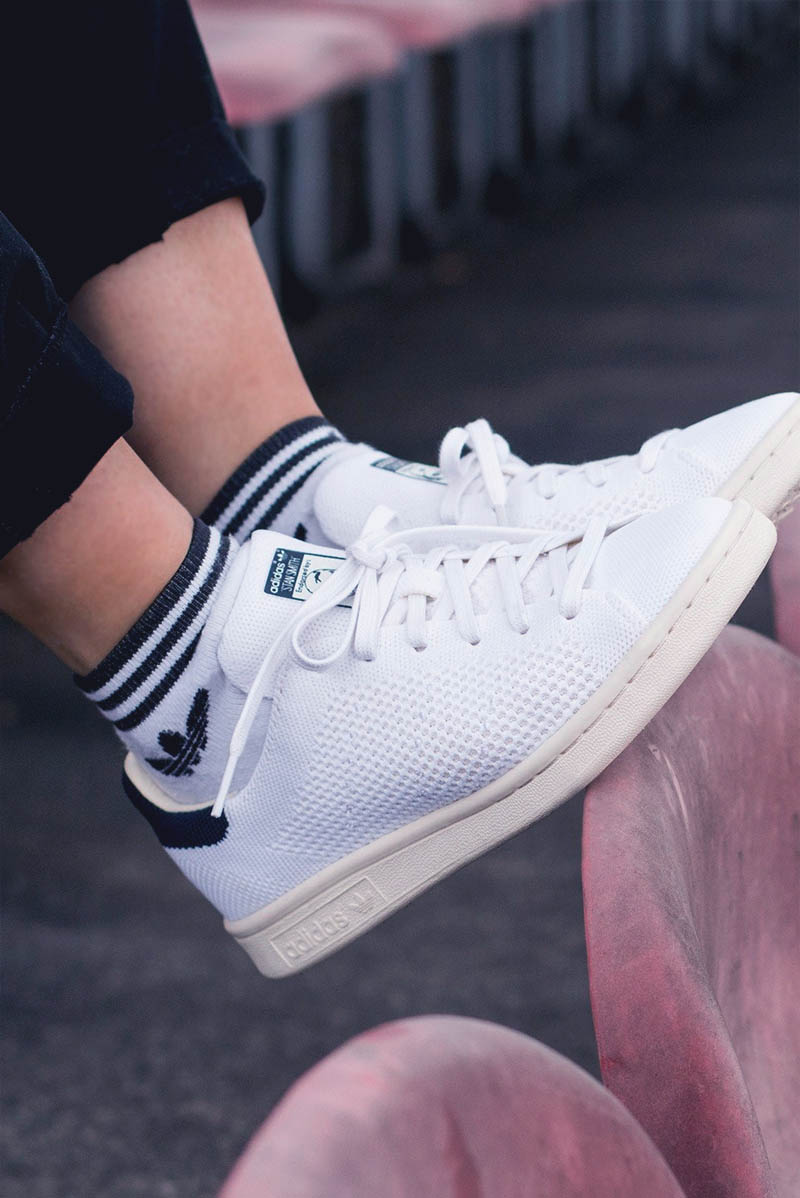 An ADIDAS ORIGINALS favorite gets re-done in a primeknit upper. The ADIDAS Stan Smith gets a clean white primeknit upper. Unlike its sock-like counterpart, the Very Spezial PK, this classic shoe features a moveable tongue. The shoe is covered in that white meshed primeknit upper, making the entire shoe very clean looking. On the heel and tongue, ADIDAS threw on some color contrast. Although the ADIDAS ORIGINALS Stan Smith PK sits on a white rubber midsole, the PK upper is so crisp that it makes the sole appear off-white. We wouldn’t be surprised if ADIDAS named the sole color something other than white…those primeknit uppers are unbelievably clean!