A decade ahead of its time 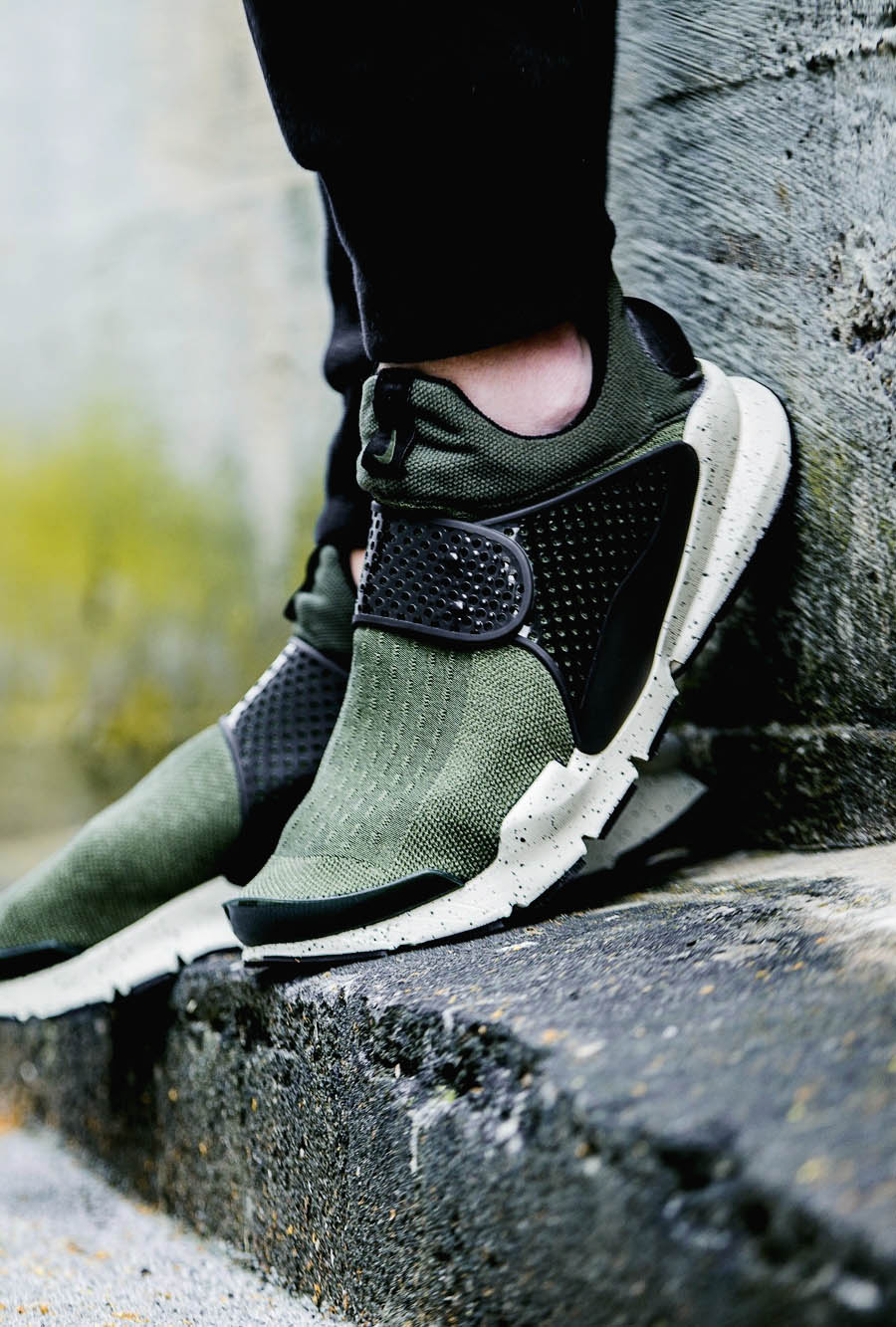 “Slip on and strap in.” It’s the motto of the Nike Sock Dart, a cutting edge sneaker that was so ahead of its time that it needed to hibernate for a decade…to allow style trends to catch up.

The new-ishly released low-top has been picking up steam lately. Originally released in 2004 as one of the first Nike originals to use knit uppers, the Nike Sock Dart hibernated for a decade. Upon its awakening, it returned for a brief moment during a Fragment Design collaboration. And even then, they weren’t ready. It wasn’t until 2015 that the sneaker finally started producing general colorways. Simply put, the Nike Sock Dart was ahead of its time.

It’s finally available in an earthy colorway…olive. The unisex design features a flexible and breathable knitted mesh upper that will mold to your foot while keeping it cool and comfortable. The strap – which is completely adjustable – allows for a snug fit, ensuring optimal ankle support. A full-length Phylon foam midsole delivers some of the finest cushioning in footwear – this time it features a beautiful speckled finish. Nike finishes it off by placing the entire shoe on a BRS 1000 heel, which enhances durability and flexes to the natural movement of your foot. This shoe is so comfortable, that it’s literally like wearing a sock.