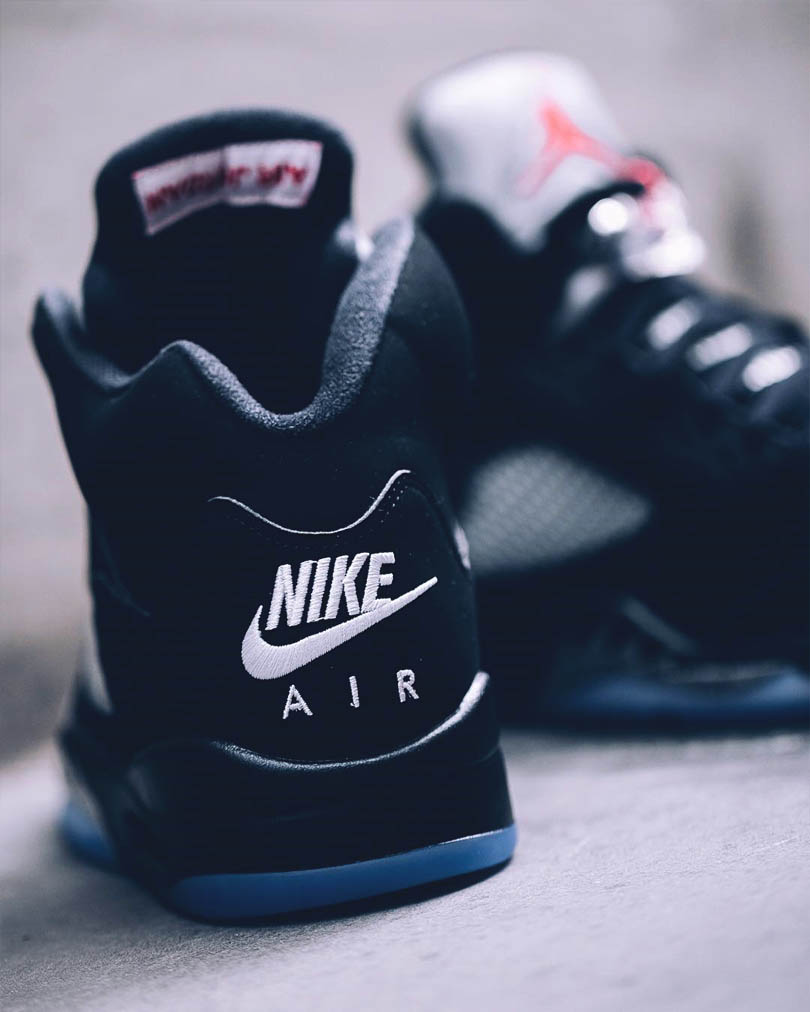 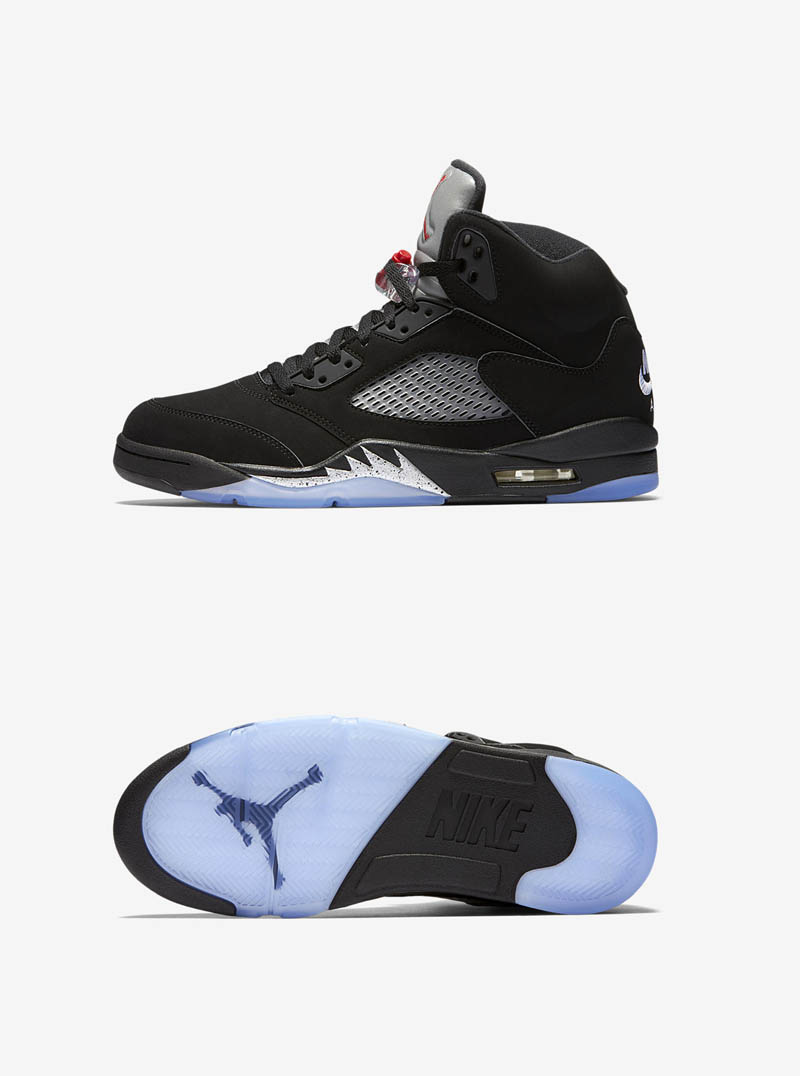 For a limited time only, Nike has re-issued the original Air Jordan 5 in its metallic silver colorway. Celebrate one of Michael Jordan’s greatest feats – an Olympic gold medal – by owning one of the most iconic pieces of footwear from the Air Jordan family. Blowout after blowout, this shoe symbolizes the international dominance by the greatest basketball player to have ever played the game. Now is your chance to finally own the legendary Air Jordan 5 ‘Metallic Silver’.

The original Nike Air branding, in a bright white stitch, is displayed on the heel. It beautifully contrasts the all black premium suede uppers. This colorway remains uniform to the retro original, worn by MJ, as he would blow by his opponents and finish with a spectacular dunk. The metallic silver cage and tongue are back, along with the red Jumpman logo. Finally, the black midsole is perfectly blended with that icy-blue gel outsole. As a matter of fact, that gel outsole offers the best traction out of any sneaker on the market today. This is because it uses the greatest pattern ever in regards to grip, herringbone. Is it any wonder MJ was so dominant? It’s gotta be the shoes!