Look & feel like a CHAMPION, the moment you put it on 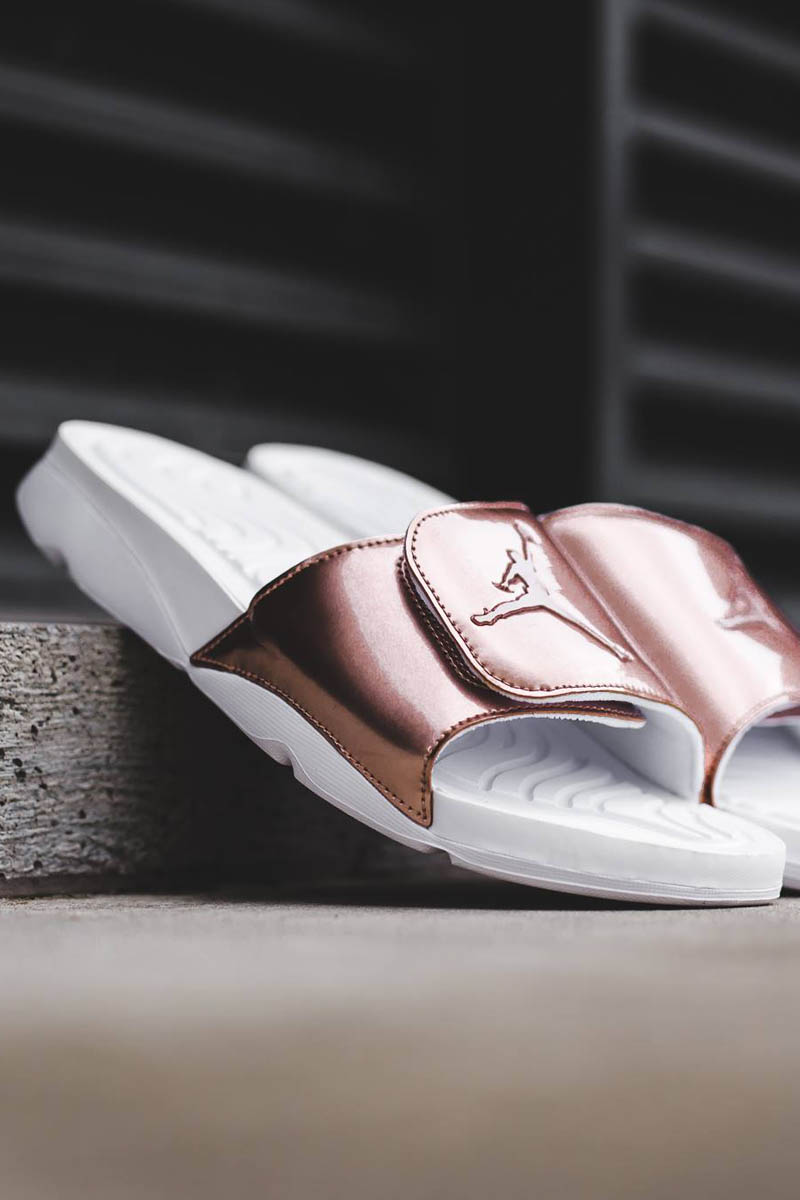 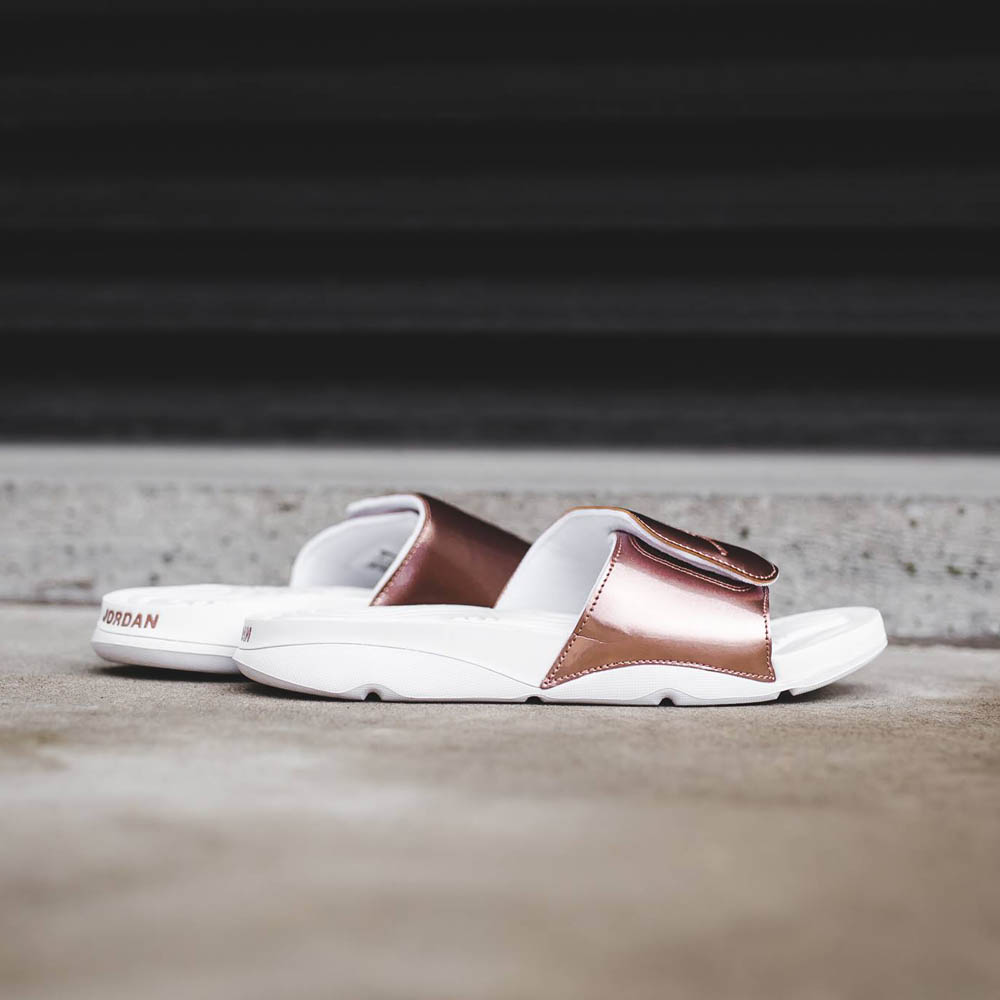 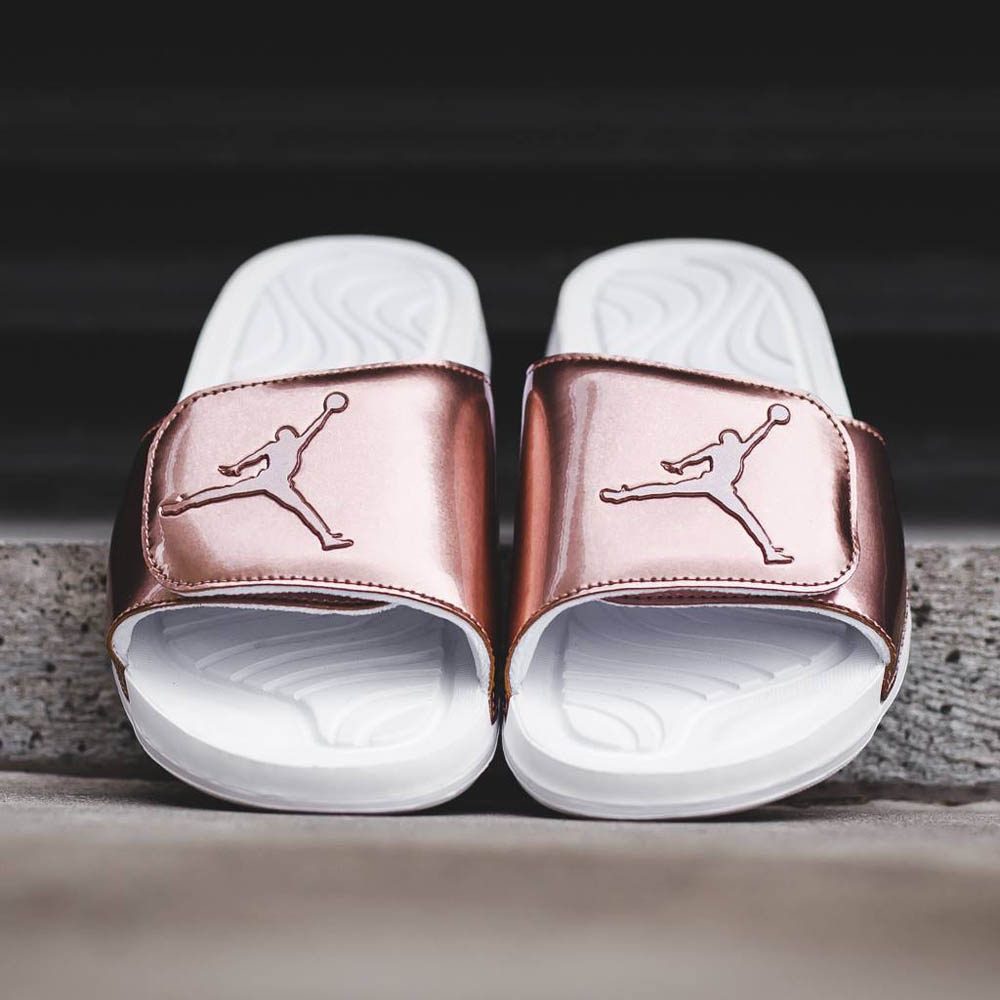 It’s Monday morning and the annoying sound of your alarm wakes you. Goodbye weekend, hello work-week. If the thought of living the same week on repeat is weighing you down…it’s time for change. Jordan can help. So stop thinking like a chump and get into the mindset of a champ!

Improve your mood in seconds

The moment you slip your feet into them, you’re instantly hit with a powerful sense of accomplishment. The slipper is not only comfortable, but the story behind it will be a powerful reminder that will motivate you to get out there and seize the day!

Any time you put metallic coloring on footwear, you risk making it look tacky. The Hydro 5 Pinnacle somehow manages to incorporate bronze coloring with perfect balance. The white tones soothe the overall appearance of the shoe – making it much more sophisticated. At the back, on the thin heel, the word ‘JORDAN’ appears in bold letters. It’s as if one of the greatest athletes in history is right by your side, pushing you, to become the best that you can be…

…to become a champion.

email
Categories: Sneakers Tags: air jordan
← There’s a reason why the latest Jordan 6 is dipped in gold…
Le COQ SPORTIF wants you to scare the f*&# out of kids this Halloween →