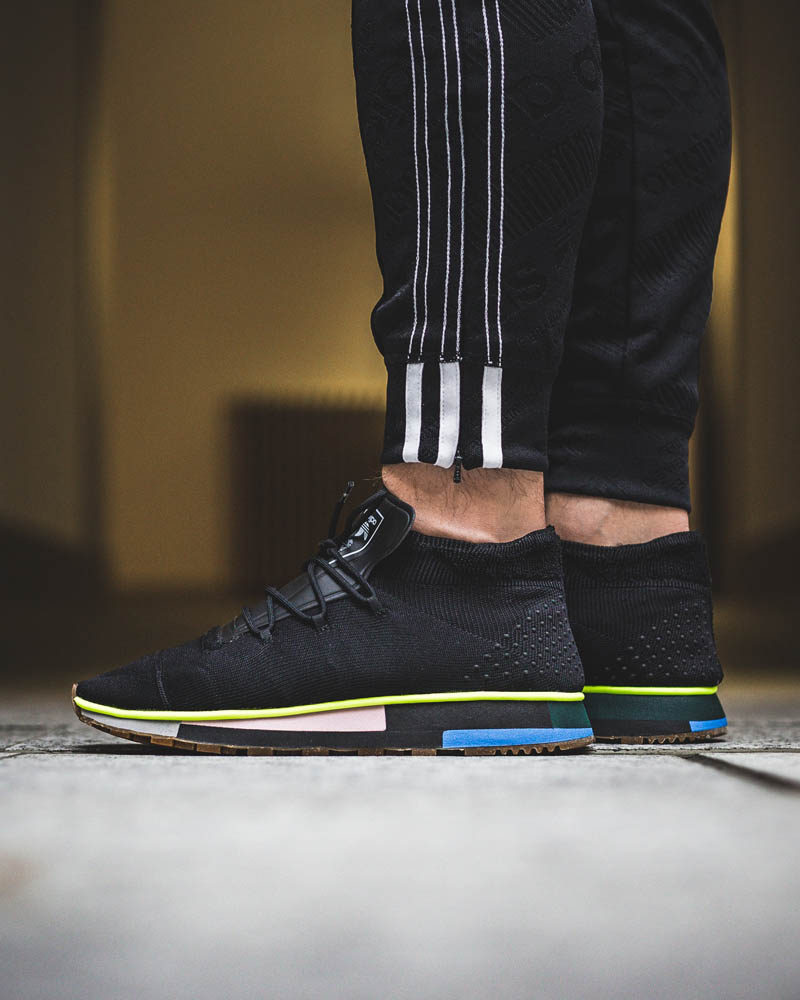 It’s NEVER been seen on a sneaker before!

As a matter of fact, the closest thing to this mesmerizing detail – that’ll instantly drop jaws of anyone who catches a glimpse – was seen on a NIKE sneaker back in 2015. And that sneaker sold out in a matter of weeks! So what’s the detail, you ask?

The main difference is, the NIKE’s chevron was in a lifeless, flat pattern…while Alexander Wang decided to step it up:

And make his embossed.

That’s right. There’s not a single sneaker on the planet that offers this remarkable tri-color pattern.

If history repeats itself, it’s pretty safe to say that the adidas Originals × Alexander Wang ‘Season II’ collection won’t remain on shelves for too long.

The incredible collection brings you two lace-up, mid-top, sneakers and one pair of sandals. Each shoe will keep you looking fresh…no matter what the occasion. 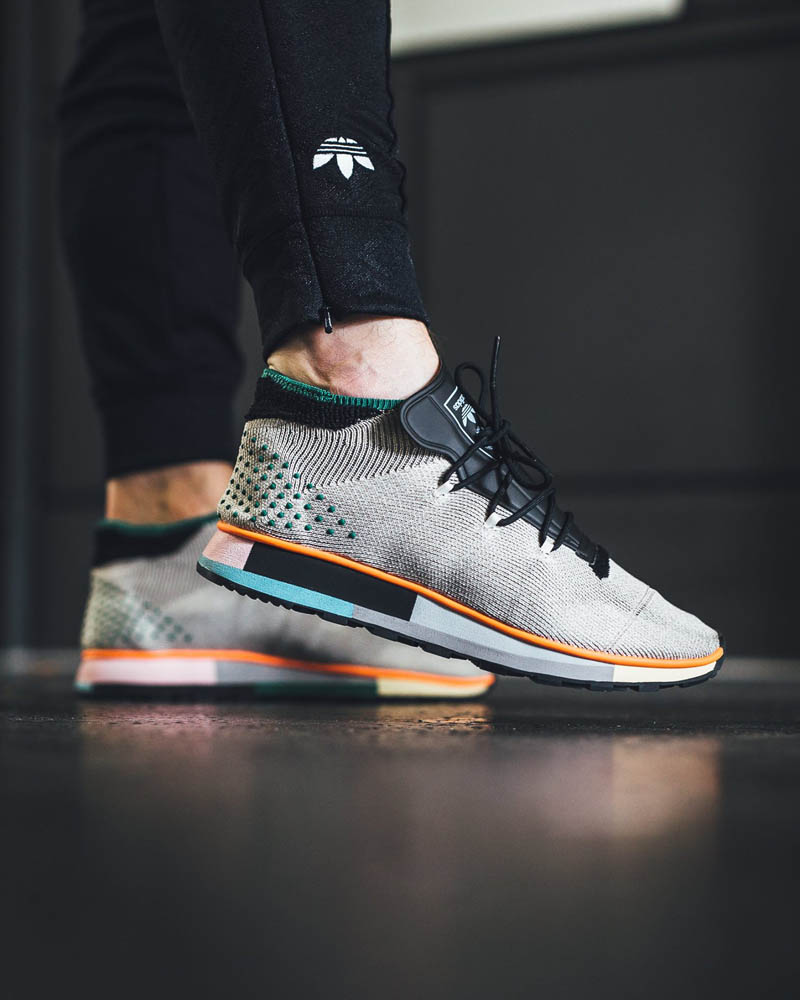 The Run Mid sports Primeknit uppers accompanied by thick round laces. This is your not-so-typical lifestyle sneaker, similar to that guy who poses as an athlete, but sips Prosecco when no one’s looking.

The previous Boost midsole has been swapped out with a chunky color-blocked one. It offers a more retro look than last year’s model. 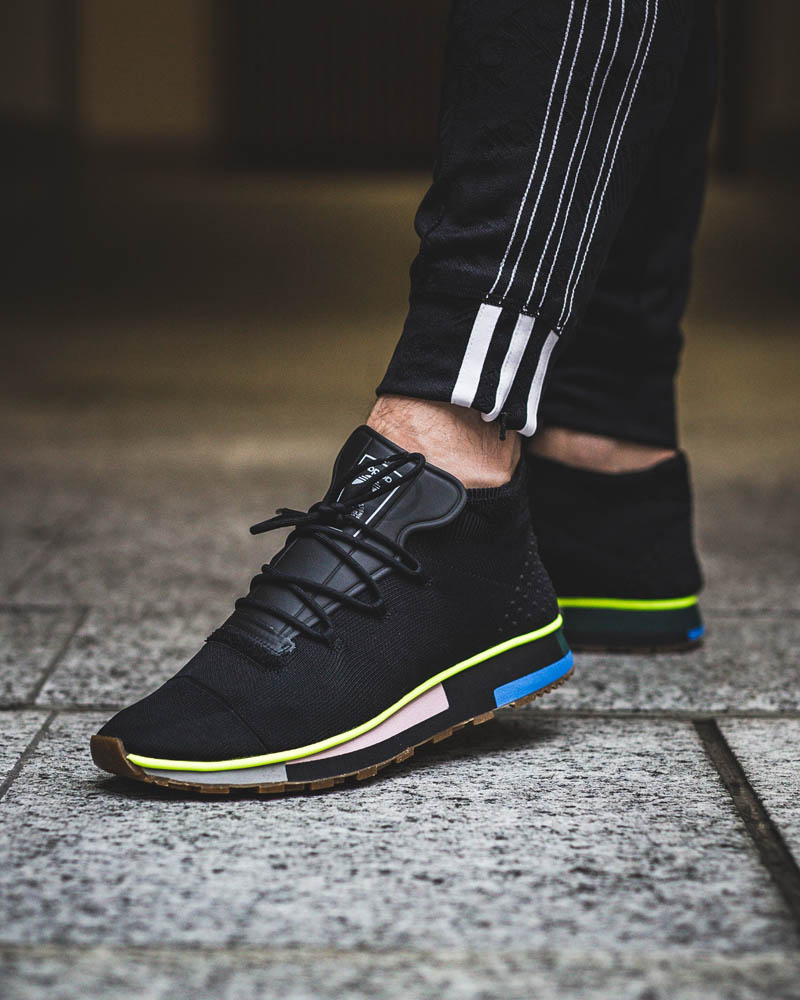 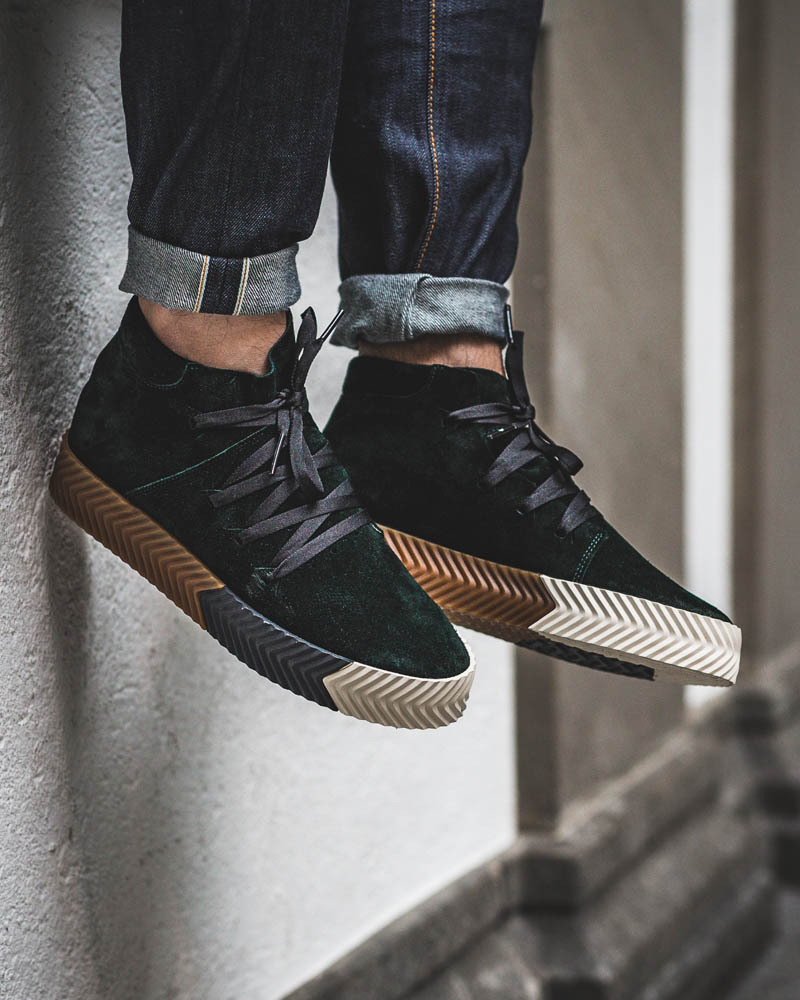 A High-End Kind of Skate Shoe

The second lace-up in the pack is called the Skate Mid. This is your high-end skate shoe that lets people know…

“Yeah I skate…if skating involves getting into a $120,000 car and driving to where I’m going.” 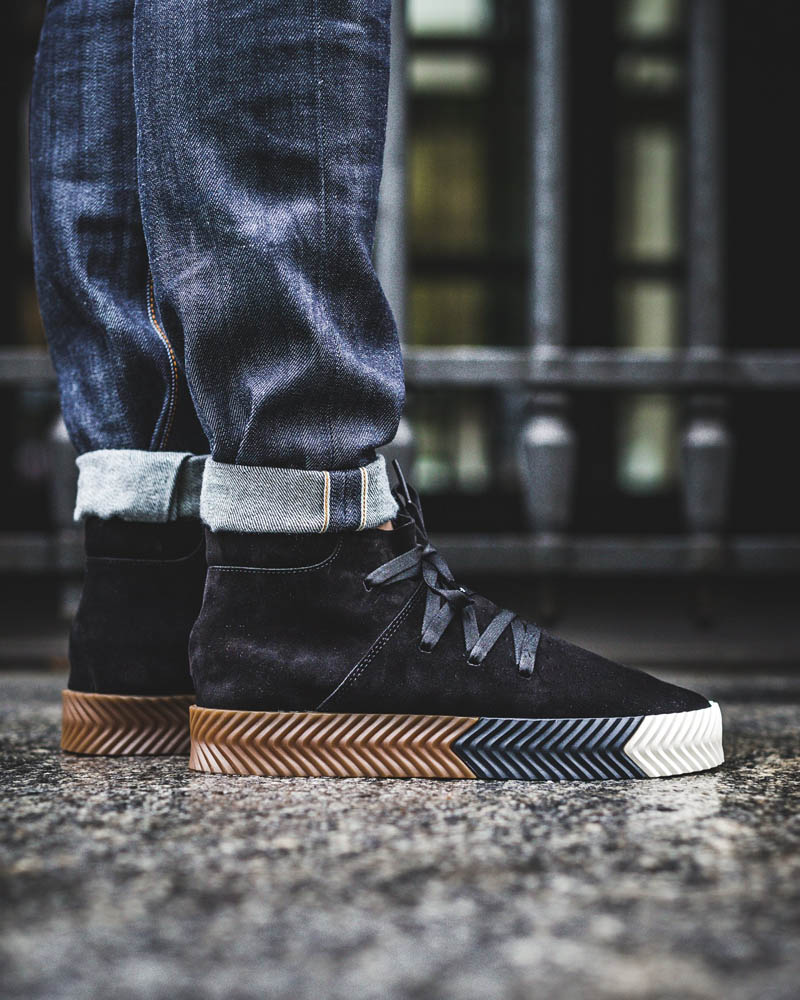 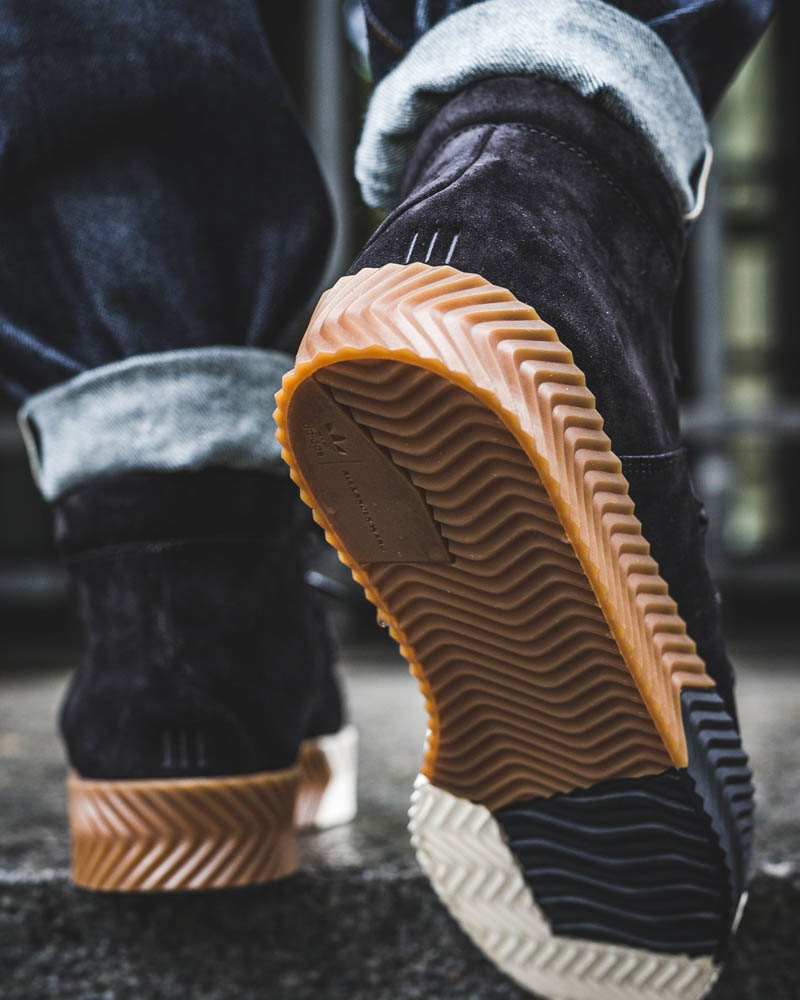 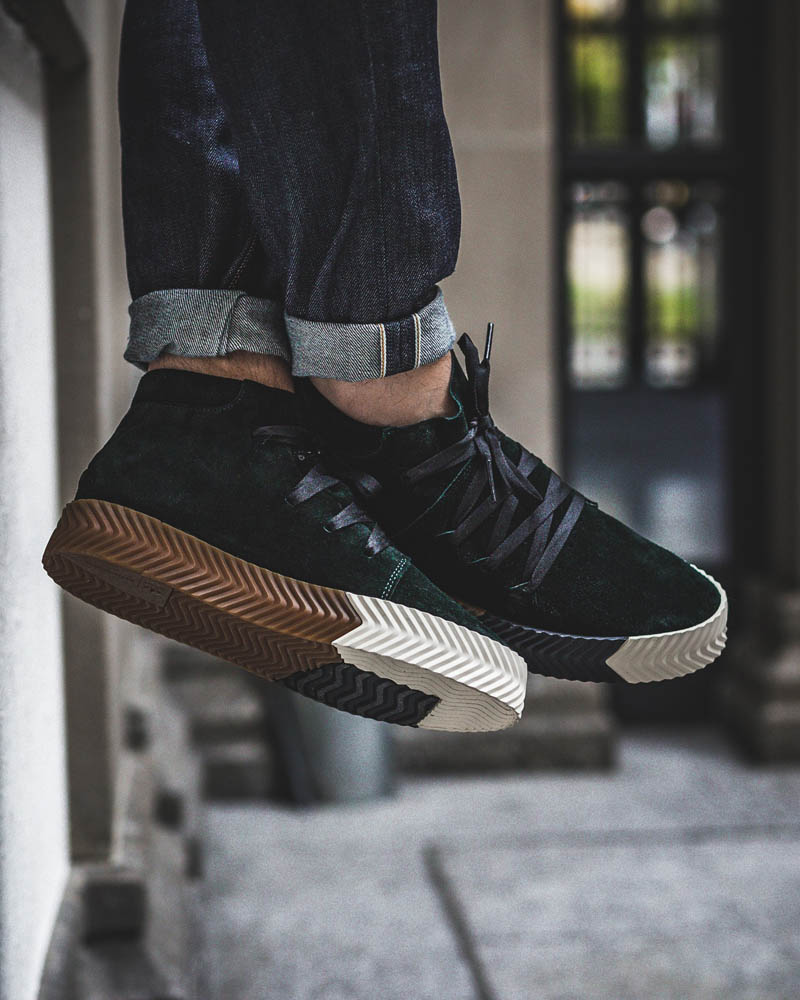 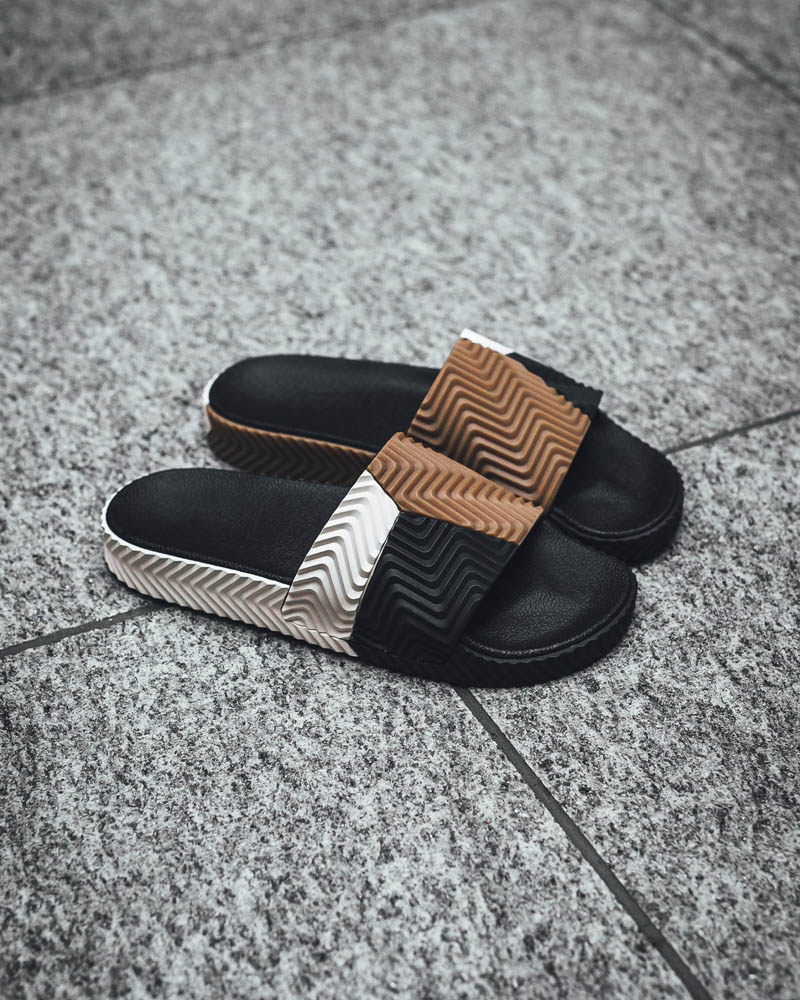 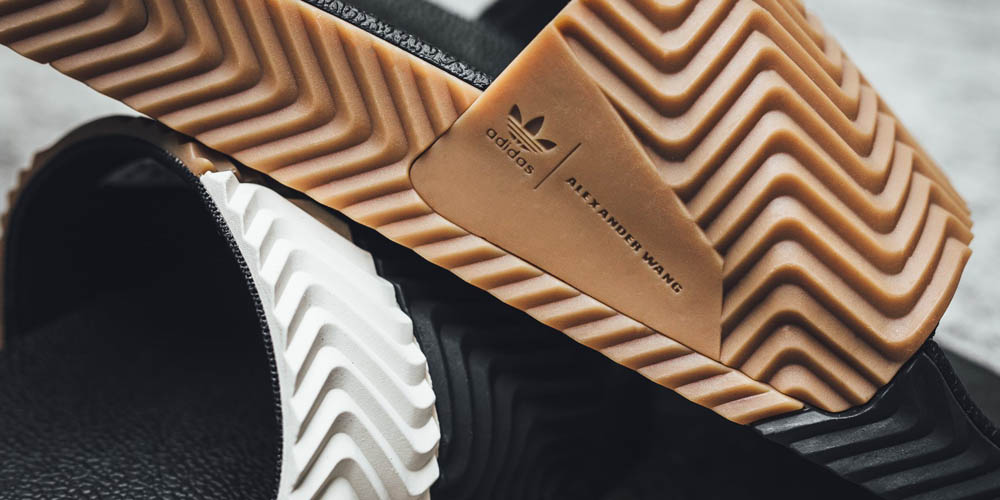 Finally, the last footwear item is a SICK pair of sandals, known as the Adilette.

This has to be one of the most eye-catching pairs you’ll ever see. Because the chevron pattern covers the sandal’s entire tri-colored outer. The floor is made out of pebbled black leather for a luxurious feel.

The entire collection is available October 7th. Prices range from $200 to $290 USD, but vary from store to store. END. Clothing seems to have the best deals – about 27% cheaper than anywhere else.

Buy your pair while you still can!

email
Categories: Sneakers Tags: adidas originals, alexander wang
← Should You Ditch Your Current Runners and Get The NIKE Air Max ’97 Instead?
New Sneaker Technology Turns ‘Haters’ Into Addicts The Moment It Comes In Contact With Foot →